Swat or Not | Got what it takes? 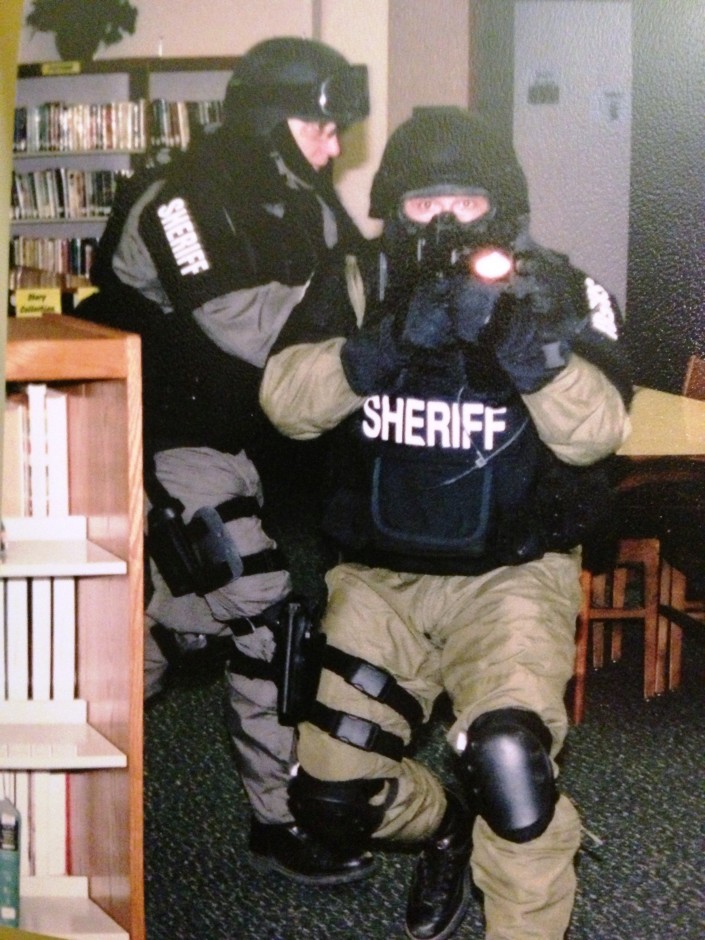 Nine ways to increase your chances of making SWAT

1.) You Must Possesses Excellent Work Ethic
Most SWAT teams are part-time jobs. This means their members maintain full-time positions elsewhere on their departments and join their SWAT team whenever it is called into action. When this is the case, it is imperative that members of the team be reliable, exemplary workers in both venues.A team member who is a supervisory problem in their daily assignment will reflect badly on the team. It is unrealistic to expect an officer who is lazy in their day-to-day job to rise to the occasion and suddenly be at their best when conditions are at their worst.

2.) You Must Be Physically Fit
A top score on a physical fitness test should be a pre-requisite to not only join a SWAT team, but also to join a police department.  There should absolutely be a requirement to maintain a top fitness score on a yearly basis to remain on the SWAT team.I also believe that for our own good, we should require a fitness test on a yearly basis for all law enforcement positions. Those who shout down this idea do not have sufficient faith (as I do) in their fellow officers.I believe that if it was a requirement of our officers, they would maintain an acceptable level of fitness and live better as a result.

3.) You Have Combat-Control Skills and Tactics
Members of a SWAT team should possess, maintain, and seek to expand upon their expertise with all firearms they utilize. Training should be ongoing and extensive.Team members should also realize that the force needed in most arrest situations requires less than deadly force and therefore SWAT officers as well as street officers should be able to effectively, efficiently, tactically and legally take compliant and resistive suspects into custody. Hands-on techniques, including control holds, and handcuffing should be trained so that they appear to be second nature.

4.) You Are an Excellent Communicator
It would be beneficial for all SWAT team members to be trained not only as tactical officers, but also negotiators. Often a dynamic situation develops where a tactical team member finds him or herself with an opportunity to negotiate a situation to a successful conclusion.This type of training does not eliminate the need for a team to have a special unit whose duties are to negotiate. You can’t have too many skilled communicators.When we are talking, we are not shooting.

5.) You Possess Principled Integrity
Nothing keeps officers, teams, and agencies on the right track more than filling their ranks with personnel who operate with genuine principled integrity.One person bereft of integrity can bring down a great shift, a great team, or even a great department.A team with principled integrity will almost always do the right thing at the right time for the right reasons. It is a great feeling to know that when your team discovers $100,000 in drug money that $100,000 will always make it into evidence.Principled integrity will also allow a team to improve itself with every call by honestly debriefing each call. Such a team will be able to admit when they could have done it better — ensuring that next time, they will.

6.) You Treat All People with Respect and You Place a High Value on Life
The thing that makes American law enforcement so special is we operate best by respecting people’s right to life, liberty, and the pursuit of happiness.We operate within the law, and treat all people — regardless of their station — with dignity and respect.Some people outside of law enforcement might find it strange that members of a SWAT teams should think it important to place a high value on life. The fact is, SWAT teams have saved many more lives than they have taken.Placing a high value on life is a double-edged sword, however.  It means officers will not take a life until it is a last resort after the preclusion of all other viable options.  A SWAT response often has more viable options than the initial responding officers do. By the same token an officer must be willing and able to decisively act with potential lethality, when innocent lives hang in the balance.

7.) You Work Well In a Team Setting
There is a need for officers who can work as a member of a team. In most tactical responses, 10 people working as a team can accomplish more than 20 working as individuals.

8.) You Love Training
Training is what transforms a good team into a great team. To progress in a positive direction a team needs to continue to train as a team. All of its members must be present at as many team training sessions as possible. All SWAT team members as well as street officers should love to train.

9.) You’re Enthusiastic
Teams that become great possess a contagious enthusiasm.Thoreau once said, “None are so old as those who have outlived enthusiasm.”Don’t blame your lack of enthusiasm on someone else. Enthusiasm can’t be extinguished, only relinquished.

An Important Note to Street Officers
If these are truly important attributes necessary for SWAT team membership they should be especially important to street officers.You see, one thing I noticed about the residences that I was called to with our Emergency Response (SWAT) team over the years: they were always residences that I had been to many times before looking for someone on a warrant, answering a noise complaint, or responding to a violent domestic.

When dangers were assessed at these locations — as a result of thorough investigations — the SWAT team was used. These dangers had always been present during patrol responses.It behooves every street officer to be personally SWAT-ready — to be ready to face the unknown risks that may lie behind each door on every call.