This moving account of pain, punishment, and perseverance inspires me! It will bless you too. Her story of victory is meant to be shared. Please, I ask you to bless others with her open optimism. 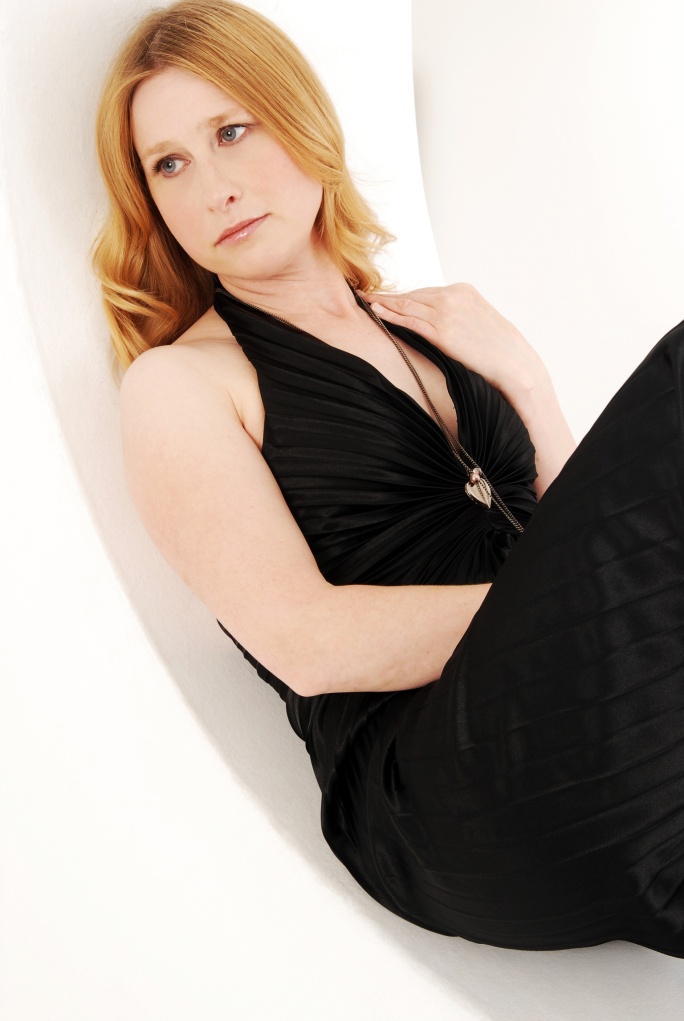 Jules recently joined the London’s Metropolitan Police, and trained to run the London Marathon raising money and awareness for victims of DV – @RefugeCharity

I have been kindly invited by Chief Scott Silverii to write on his blog ……well I was a bit stumped. He wants a bit of “girl cop power” he says “Who me?” I said. Well I hate to break it to you, “but I’m a Designated Detention Officer ‘DDO ” he said write it anyway! So here I am!

Let’s start somewhere 7 years ago when I left my very violent marriage with just about my life. That’s a whole new story for another day and started again .

I was married to a soldier, so moving is something I’ve done many times only ever staying in one place for 2.5 years at a time. I’ve had many different jobs in many places lived and worked twice in Northern Ireland.

A smile even in her days of violence

I left my home, my job and moved to Kent with my new partner into his Mum’s. Not quite what I had in mind and my furniture into storage. I was broken both emotionally and physically.Everyone around me was cheering, while as for myself, I was fighting off my inner demons struggling to regain my life and what little confidence I had managed to salvage.

I had applied previously for PSCO when I was in London. A bid to do a credible job and was a bit baffled that it said pass and fail at the same time ……. Yes !! I know I forgot the spell check ! Ok stop laughing !

So I thought I’d try again, in the mean time I needed a job. I’m a trained silver server, qualified catering manager. I’ve served royalty and celebs (I can build sports cars too !), so it was easy for me to get agency work straight away.

Not quite London 5 star hotels, or what I wanted. But then I landed a permanent job and finally settled as a Catering Assistant Manager for a very large supermarket.

I started applying for PC (Police Constable) 5 years ago. I had one complete failed attempt, and the second occasion I got all the way through to assessment stage for PC. Half way through my second attempt disaster struck. On the day I was deaf ,dizzy feeling so sick the girl I had befriended on the day helped me on the way out when we had finished.

I somehow passed barely and went onto 2nd interview where I then became very ill. No idea what was wrong. I failed my 2nd interview and shortly after I went deaf for three months. I started having these attacks lasting up to 14 hours dizzy unconscious, ringing in my ears, no balance throwing up ending up on the floor unable to move and then a huge blinding migraine after.

It was all very frightening. Many tests and an MRI ..later …final proof that I do have a BRAIN DAD!! I saw it!!! So now can I have that Porsche 911 I wanted ??? Joking aside I was diagnosed with Meniere’s disease….never heard of it so I read up on it.

The cold reality set in that this was it. I was stuck with this thing. It was a mixture of anger and tears, I felt sick what do I do now?    I wondered at one point if I would have to register myself as disabled as Meniere’s can be a debilitating disease. I was angry. Angry at myself for staying in an extremely violent marriage.

Why didn’t I just leave the first time he punched me in the face?

All these questions echoing around in my mind.

I had always suffered severe migraines. Learned to live with that, but this was many steps further. Over the years my migraines were getting increasingly worse. No one saw the signs, not even me.

I was inconsolable. My world crashed around me. I could no longer apply for the job I wanted. I had already lost so much, and I wondered if I was doomed or something. I lost my son and my mother in the space of three months when I was 19.

It felt like the world was against me ever having any luck or a life to know what happiness is. Was this some kind of penance what had I done to deserve all this? 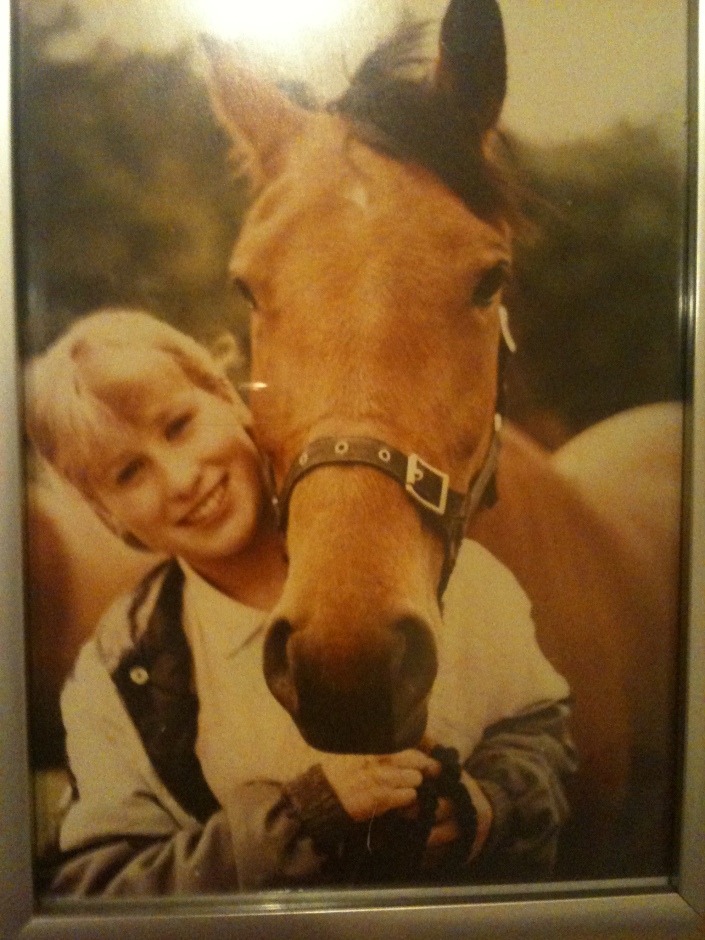 The facts are sadly too many blows to my head and several occasions where he knocked me out cold. The beatings I sustained caused an imbalance in my ears and intense migraines.

After many tears, and then finding out there was medication and treatment. Then a good prognosis from a lovely lady specialist Dr at the hospital, and the help and support of many good friends. Some that are Police officers.

One particular friend, Julie P. to which I owe everything ; she convinced me that I wasn’t fat,ugly and useless. That I was worth something. I didn’t need permission to live my life. It was my own and I could do what I wanted.

So with support from my best friend Richard, also a Police sergeant who explained there were plenty of other jobs I could do within the Police Service I set about applying for staff jobs.

Well much to my delight and surprise I did after many applications . So here I am. I got through. I went off to celebrate with one of my friends, a police officer 3 weeks before my fitness and medical. Total disaster !!

I got out the car very quickly shut the car door and thought …. Ouch that hurt a bit. Ran to the pavement and well ….I’d only trapped my finger in the car door and ripped it off … Blood everywhere.   There was absolutely no chance of reattachment so I had surgery two days later to shave the bone and stitch it all up.

My fitness and medical was in 3 weeks!! Omg!! Lucky for me I was told it was ok for me to do it so off I went.    I run 10-14 miles twice a week and do weights so I’m very fit. I breezed the run, managed the push-pull only just! Pass is a pass! I’m so delighted I can’t possibly tell you all what it means to me to have this job and this opportunity.

I still pinch myself even after a year. I’m learning so much. I have the privilege of working with the best set of people you could possibly wish for. 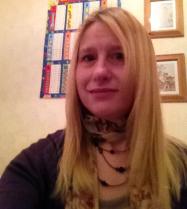 So ladies that are sat reading this, I’ve skipped over my domestic violence on purpose because I’m over it. I have physical scars.

I love my job I love my life. I never take life for granted anymore.  There’s always a way out. In my time there was no help at all. Now there is loads.There’s no longer no way out, there are many …take life with both hands grab it, hold it, run with it, never look back .

“Be not the slave of your own past plunge deep into the sublime seas, dive deep and swim far, so you shall come back with self-respect, with new power with an advanced experience that shall explain and overlook the old.” Ralph Waldo Emerson

Devoted to my best friends Julie P. who I owe everything and Richard, who through everything told me I could do this and I’d be great at it.

Last year during our men's #Bible study, @euwye said I should write for #YouVersion, The Bible app. I laughed it off. Over the next few days his #words remained close to me. I decided to #submit a 40-day #devotional I'd written.
Loading Comments...
Comment
×
<span>%d</span> bloggers like this: