Why Men Walk Away: Generational Prodigals

Why Men Walk Away: Generational Prodigals

We’re trapped in a vicious cycle. By we, I mean me. Well, not just me, but men, or at least a lot of men, if not most. Was that confusing? Welcome to the world of why men walk away.

We’ll stand the gap for friends, coworkers and people we’ve never met before, but our families fade into the midst as America’s men walk away. Why do we do it, what are the costs, and most importantly, how do we fix this? 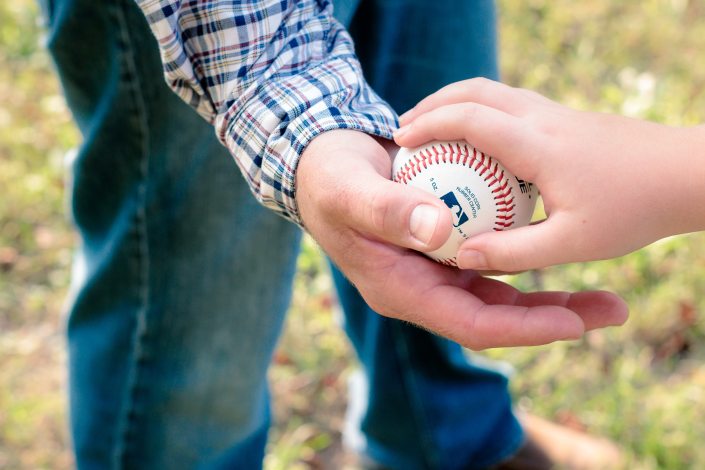 Before I came to know Christ, I took pride in my ability to cut people out of my life as easily as flipping a light switch. Relationships were tethered by a thin thread. Simple, selfish decisions determined whether I’d ever speak or think about that person again.

It had to be a gift because I was in total control of my emotions. With the snap of fingers, no matter how close we were, or how deep our history or connection, a human person no longer existed. I was better off without them, right?

In both Exodus (34:6-7) and Deuteronomy (5:8-10,) God talks about visiting the iniquities of the fathers upon the third and fourth generations of those who hate Him.

This doesn’t mean that if your great-great-grandfather robbed a bank, that you’ll be imprisoned for the sin of his crime. What it does mean is if your old pappy didn’t know the Lord, and because of his unbelief, he failed to show your father what it was to know God, and so on through family generation to generation, then the lineage is considered to be those who “hate” God.

It’s the corrupted legacy of generational sin that sets the model we men follow. Guess what? That started even further back than your great granddad. Actually, it started in the very beginning. I mean, way back to the actual beginning of mankind.

Yep, men have been walking away since the very creation of man. Leaving takes many forms, and they aren’t only physical separations. Adam walked away at several key moments in history to establish a behavior men replicate today.

Did you know God didn’t give Eve her name? It was actually Adam who named her, and I’ll share the significance of that in a moment, but first let’s understand that when the Bible says God created Adam, we are talking about both man and woman. The word Adam in Hebrew means mankind (ha adam = mankind.)

In Genesis 1:27 God made, “male and female He created them. Them being mankind, or the humans; man and woman. Although they were created as one, Adam bailed in her time of greatest need – temptation.

Even emotional walking away is a form of leaving. He left his wife to fend for herself against a masterful enemy. Yet, the Bible is clear Adam was physically right there with her.

…She also gave some to her husband, who was with her, and he ate it.

Although we might be in the home, we guys are still checking out today. Maybe its social media, sports channels, fishing, your buds at the bar, or your own temptation sending naughty text messages. It’s all sin, and sin is what separates us from God, wife, family and living a blessed life.

So I promised to clarify how Eve received her name. Once God confronted Adam about why they were hiding and afraid, Adam had the chance to man up and confess his failure.

Instead, he not only walked away from accountability, but he threw his wife under the bus. It’s kinda funny, but mostly sad that Adam had just professed how she was bone of his bone, and flesh of his flesh (Genesis 2:23.) But look, he actually blamed God and her for what he’d done. Sound familiar?

So before the fall, and when times were cool as they both hung out together and with God, Adam looked deep into his honey’s eyes and said,

“She shall be called Woman, Because she was taken out of Man.”

But, after things got a little too hot at home for Adam once God started asking questions, Adam changed the game on his wife, and said:

And Adam called his wife’s name Eve, because she was the mother of all living.

This is important because once again, Adam walked away from his wife. Never were two people more closely connected than they were. Yet, Adam called her Eve and thereby set a standard against her from her original name of woman. 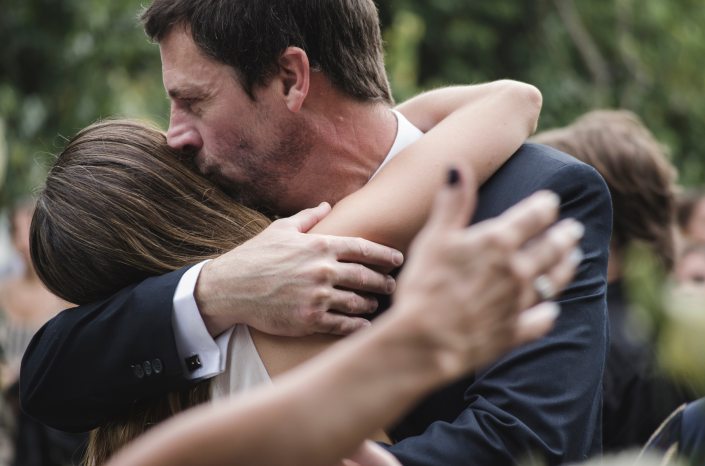 The Big Walk Away

Because there had never been sin, there was no atonement for sin. Adam and Eve were exiled from the Garden of Eden (presence of God.) Had this been a blockbuster movie, that would’ve been the time for the hero to take the blame so his wife could remain in paradise. But nope, Adam again walked away from God’s presence.

This is the beginning of generational sin that affected his family. Neither of Adam’s sons, Cain and Abel, came to truly know God because their dad had walked away. Had their dad not been so distracted, or busy at work, or whatever the excuses we still use today, the boys might have fared better. Unfortunately, our first example of iniquities being visited upon generations was also mankind’s very first homicide.

Cain killing his brother Abel was a direct result of their father’s walking away from God, his wife, and his place in paradise. The chain reaction to living life set apart from God creates every type of hurt, pain, shame, addiction and failure.

Let’s continue the first family’s legacy. What happened to Cain? Yep, he was banished from God’s presence also. How do you think his family fared? Does this look familiar today as kids suffer in the wake of fatherless homes?

Can this be fixed?

Yes, men have the opportunity to end the family legacy of failure. The first step is to admit there is failure in the family’s tree. This is usually the part where men realize that it’s not fun, and decide to do something else or go back to watching the game. I’m not judging because I lived that life.

The truth is, I knew I had generational sin that lived on in me. It was not only hurting my marriage, but also our kids, families and most importantly, my relationship with God.

I began to look back at every relationship in my family by documenting the divorces, addictions, children out of marriage, etc. I also noted everyone’s relationship with Christ. Then I began to dig deeper into the previous generations by recording the same dynamics. Soon, I had created a family tree of truth.

I began to confess my sin. Then I prayed forgiveness for my many shortcomings, and asked God to break the generational legacy of curses. No longer would my family, my wife or our kids suffer from an unknown legacy that would be passed against them.

No, not necessarily physical death, but spiritual death is the separation from God, or as iniquity.

For the wages of sin is death; but the gift of God is eternal life through Jesus Christ our Lord.

There are two choices:

If you choose number 1, then understand that you and everyone who comes after you will suffer within the same stream as has your prior lineage. Unless of course, someone with more courage decides to choose number 2.

If you choose number 2 (that’s a really great choice,) then asking God for forgiveness, showing repentance and receiving His restoration immediately ends the curse of so many prior generations.

Doing what Adam couldn’t do, you have closed the gap of separation between you and God. You have spared future generations of little you’s the same fate that has befallen your family for past generations.

The next time someone writes an article about why men walk away, you’ll be able to look over at your loving family and whisper to yourself, “This one didn’t.”

What Do You Think

What are your thoughts about this?

Do you agree with the walk away theory?

Do generational curses pass from one generation to the next?

What’s the difference between forgiven and unforgiven?

Any other thoughts about this?

Last night the kids took care of supper and as we prayed, the rains came. It was powerful, beautiful and refreshing. It was like having the Holy Spirit join us for a meal!
Loading Comments...
%d bloggers like this: