What Five Kings Must You Kill?

Joshua was the man on a mission. God’s mission. His obedience and teachable spirit allowed him to walk in God’s will as he experienced victory after victory. He was responsible for claiming the Promised Land by conquering enemies who had occupied it. 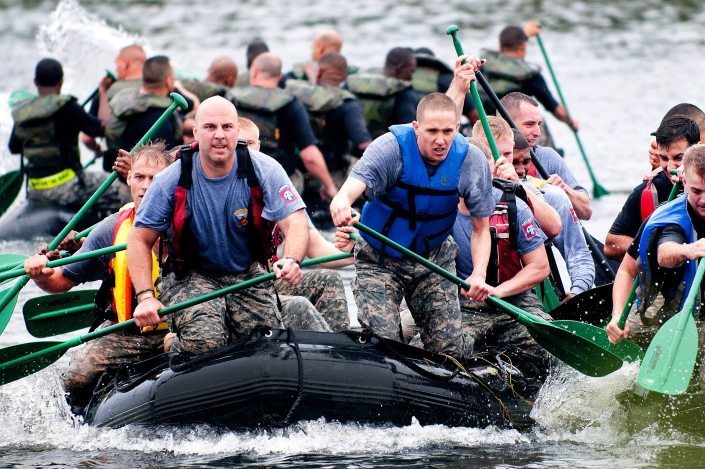 His victories weren’t because he’d attended a military special forces training, but because God was the force that was special. As I prayed over Joshua, Chapter 10, the reality of his hiding the five enemy kings in a cave until a time that he exposed and killed them had me thinking about the spiritual side of kings that threaten to reign over our lives.

Not only will your enemy kings fight to destroy you, but they will also team up to kill your allies. The five Amorite kings forged an unholy alliance to slaughter Joshua’s ally, the Gibeonites.

It would’ve been easy for Joshua to shift directions for avoiding a direct encounter with his strongest foes, but once again, he surrendered his fear to God’s strength and faced the evil alliance head on.

I bet you can make a list of five kings in your life that need to be slayed so that you might proclaim God’s promise for your life. Many of us have the same supernatural kings such as; fear, failure, addiction, pride, greed, depression and pain. They threaten to defeat your hope, joy and peace.

Like Joshua, we might even hide them away for a time, but until they’ve been exposed to the light of Christ and destroyed for good, there will never be complete victory in your promised land. Name your kings and set about defeating them because they’ve already been conquered by Christ.

Joshua said to them, “Do not be afraid; do not be discouraged. Be strong and courageous. This is what the Lord will do to all the enemies you are going to fight.” 26 Then Joshua put the kings to death and exposed their bodies on five poles, and they were left hanging on the poles until evening. ~ Joshua 10:25

If you are needing a little nudge toward rolling that rock back, here’s a positive perspective for charging headlong to victory.

It’s an ancient Hebrew war cry used by God’s warriors for centuries. The call to be strong, courageous and without hesitation to consider the impossibilities makes conquerors of us all. The enemy has placed adversarial kings in your life to beat you back into submission. Do not fear. Claim your victory by killing your kings.

Five Stones Church.Online is a Texas-based nonprofit that could really use your support. Through Facebook’s Supporter program, your monthly gift of $4.99 helps us spread God’s Word across this very same chaotic social media realm. Plus, you get great access to exclusive classes, live videos and content.
Much Love & Respect,
Scott