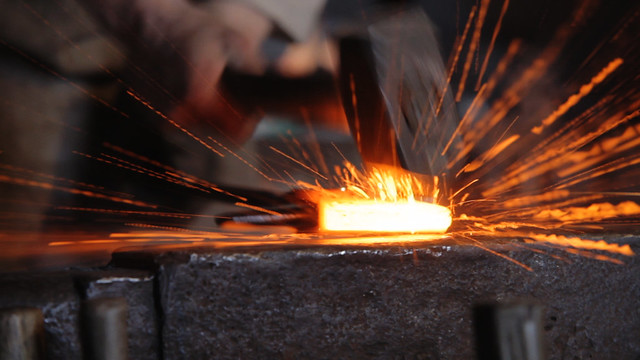 A crucible is, by definition, a transformative experience through which an individual comes to a new or an altered sense of identity. It is perhaps not surprising then that one of the most common types of crucibles we documented involves the experience of prejudice.

Being a victim of prejudice is particularly traumatic because it forces an individual to confront a distorted picture of him- or herself, and it often unleashes profound feelings of anger, bewilderment, and even withdrawal.

For all its trauma, however, the experience of prejudice is for some a clarifying event. Through it, they gain a clearer vision of who they are, the role they play, and their place in the world.

Consider, for example, Liz Altman, now a Motorola vice president, who was transformed by the year she spent at a Sony camcorder factory in rural Japan, where she faced both estrangement and sexism. It was, says Altman, “by far, the hardest thing I’ve ever done.”

The foreign culture—particularly its emphasis on groups over individuals—was both a shock and a challenge to a young American woman. It wasn’t just that she felt lonely in an alien world. She had to face the daunting prospect of carving out a place for herself as the only woman engineer in a plant, and nation, where women usually serve as low-level assistants and clerks known as “office ladies.”

Another woman who had come to Japan under similar circumstances had warned Altman that the only way to win the men’s respect was to avoid becoming allied with the office ladies.

But on her very first morning, when the bell rang for a coffee break, the men headed in one direction and the women in another—and the women saved her a place at their table, while the men ignored her. Instinct told Altman to ignore the warning rather than insult the women by rebuffing their invitation.

Over the next few days, she continued to join the women during breaks, a choice that gave her a comfortable haven from which to observe the unfamiliar office culture. But it didn’t take her long to notice that some of the men spent the break at their desks reading magazines, and Altman determined that she could do the same on occasion.

Finally, after paying close attention to the conversations around her, she learned that several of the men were interested in mountain biking. Because Altman wanted to buy a mountain bike, she approached them for advice. Thus, over time, she established herself as something of a free agent, sometimes sitting with the women and other times engaging with the men.

And as it happened, one of the women she’d sat with on her very first day, the department secretary, was married to one of the engineers. The secretary took it upon herself to include Altman in social gatherings, a turn of events that probably wouldn’t have occurred if Altman had alienated her female coworkers on that first day. “Had I just gone to try to break in with [the men] and not had her as an ally, it would never have happened,” she says.

Looking back, Altman believes the experience greatly helped her gain a clearer sense of her personal strengths and capabilities, preparing her for other difficult situations. Her tenure in Japan taught her to observe closely and to avoid jumping to conclusions based on cultural assumptions—invaluable skills in her current position at Motorola, where she leads efforts to smooth alliances with other corporate cultures, including those of Motorola’s different regional operations.

Altman has come to believe that she wouldn’t have been as able to do the Motorola job if she hadn’t lived in a foreign country and experienced the dissonance of cultures:” …even if you’re sitting in the same room, ostensibly agreeing…unless you understand the frame of reference, you’re probably missing a bunch of what’s going on.” Alt-man also credits her crucible with building her confidence—she feels that she can cope with just about anything that comes her way.

People can feel the stigma of cultural differences much closer to home, as well. Muriel (“Mickie”) Siebert, the first woman to own a seat on the New York Stock Exchange, found her crucible on the Wall Street of the 1950s and 1960s, an arena so sexist that she couldn’t get a job as a stockbroker until she took her first name off her résumé and substituted a genderless initial.

Other than the secretaries and the occasional analyst, women were few and far between. That she was Jewish was another strike against her at a time, she points out, when most of big business was “not nice” to either women or Jews. But Siebert wasn’t broken or defeated. Instead, she emerged stronger, more focused, and more determined to change the status quo that excluded her.

When we interviewed Siebert, she described her way of addressing anti-Semitism—a technique that quieted the offensive comments of her peers without destroying the relationships she needed to do her job effectively.

According to Siebert, at the time it was part of doing business to have a few drinks at lunch. She remembers, “Give somebody a couple of drinks, and they would talk about the Jews.” She had a greeting card she used for those occasions that went like this:

In case you don’t know,

Siebert would have the card hand-delivered to the person who had made the anti-Semitic remarks, and on the card she had written, “Enjoyed lunch.” As she recounts, “They got that card in the afternoon, and I never had to take any of that nonsense again. And I never embarrassed anyone, either.”

It was because she was unable to get credit for the business she was bringing in at any of the large Wall Street firms that she bought a seat on the New York Stock Exchange and started working for herself.

In subsequent years, she went on to found Muriel Siebert & Company (now Siebert Financial Corporation) and has dedicated herself to helping other people avoid some of the difficulties she faced as a young professional. A prominent advocate for women in business and a leader in developing financial products directed at women, she’s also devoted to educating children about financial opportunities and responsibility.

We didn’t interview lawyer and presidential adviser Vernon Jordan for this article, but he, too, offers a powerful reminder of how prejudice can prove transformational rather than debilitating. In Vernon Can Read! A Memoir (Public Affairs, 2001), Jordan describes the vicious baiting he was subjected to as a young man.

The man who treated him in this offensive way was his employer, Robert F. Maddox. Jordan served the racist former mayor of Atlanta at dinner, in a white jacket, with a napkin over his arm. He also functioned as Maddox’s chauffeur. Whenever Maddox could, he would derisively announce, “Vernon can read!” as if the literacy of a young African-American were a source of wonderment.

Subjected to this type of abuse, a lesser man might have allowed Maddox to destroy him. But in his memoir, Jordan gives his own interpretation of Maddox’s sadistic heckling, a tale that empowered Jordan instead of embittering him. When he looked at Maddox through the rearview mirror, Jordan did not see a powerful member of Georgia’s ruling class.
He saw a desperate anachronism, a person who lashed out because he knew his time was up. As Jordan writes about Maddox, “His half-mocking, half-serious comments about my education were the death rattle of his culture. When he saw that I was…crafting a life for myself that would make me a man in…ways he thought of as being a man, he was deeply unnerved.”

Maddox’s cruelty was the crucible that, consciously or not, Jordan imbued with redemptive meaning. Instead of lashing out or being paralyzed with hatred, Jordan saw the fall of the Old South and imagined his own future freed of the historical shackles of racism. His ability to organize meaning around a potential crisis turned it into the crucible around which his leadership was forged.