Profiles In Personal Pain: Which One Are You?

What’s really eating away at you? Are regrets consuming your thoughts so you’re forced to shut them down? Can you sit in silence without a mental movie flooding your brain and demanding that you fill the quiet?

You’re not alone. The pain we carry from our past is tucked away and always available to muck up our lives or turn gold star moments into brown star regrets. 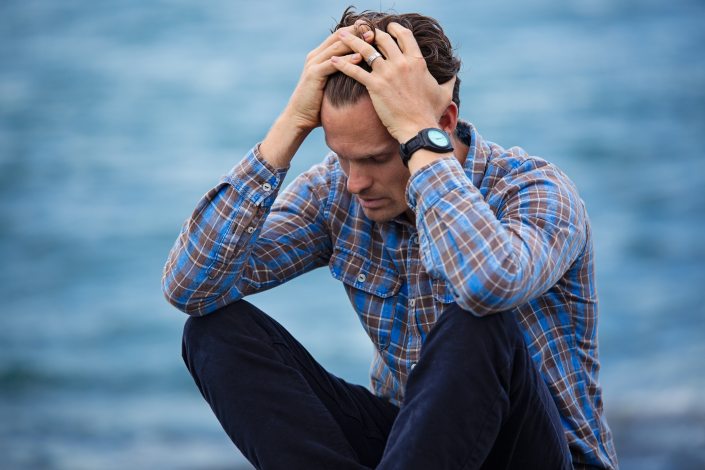 We allow pain, shame and regret to consume us with stress over how to cope with it. Unfortunately, the coping solves nothing. Healing does.

Have you developed your own secret way of helping to ease that hurt? Does your way involve something that if exposed, would embarrass, ruin your reputation or cost you a career? If so, then you are not working toward healing, you are enabling the hurt.

God gives us examples and consequences of how avoiding Him only drags out the injury. There are three primary ways we try to manage pain.

Why do we avoid God? Because the devil whispers in our ear that we’re not worthy, and that we can’t trust God because all He wants to do is convict and punish us. I will tell you that there is no other way than through Jesus Christ the great healer and physician.

King David was exalted as a great and mighty ruler. God himself, chose David to be king over Israel because of what He saw on the inside.

Man looks at how someone appears on the outside.

But I look at what is in the heart.

Although David was anointed by God, he didn’t come to the throne without serious personal baggage. David is a lot like us in carrying personal pain from our past.

Medication is the first way of unsuccessfully dealing with pain. David’s medication of choice was the flesh. His sexual addiction caused problems for everyone associated with him.

David’s pain was rooted in the rejection by his father. He wasn’t considered worthy of meeting the prophet Samuel who came to anoint a ruler. Yet, there in that rejected, messed up boy, Israel had a king. David’s rejection stung and stuck. Have you been hurt by a parent, and never forgave them? This injury doesn’t heal in time.

I’ll share that as a kid, I’d gotten a red warm-up suit with white stripes. It looked just like my hero, Steve Austin, The Six Million Dollar Man (Not the wrestler.) I wore it everywhere.

One day my dad called out to me, but I was mixing it up with the neighborhood kids. Then I heard his words very clearly, “Hey, idiot in that red suit, I’m talking to you.” I was about ten years old. I stuffed that track suit in the trash, and forty-two years later, those words still hurt.

The son of David, Solomon was by far the wealthiest and most wise human ever to grace the earth. Even though, he was born out of scandal with Bathsheba as his mother. He was a result of sexual sin, and the generational curse of his father continued to plague him too.

Motivation and achievements were Solomon’s failed attempt to soothe his pain. The more he accumulated the less he felt deserving. In Ecclesiastes 2 he shares the futility of trying to outwork his hurt.

I’ve included this small section of the scripture, but please read the entire Chapter 2:1-24.

10 I denied myself nothing my eyes desired;

I refused my heart no pleasure.

My heart took delight in all my labor,

and this was the reward for all my toil.

11 Yet when I surveyed all that my hands had done

and what I had toiled to achieve,

everything was meaningless, a chasing after the wind;

nothing was gained under the sun.

This is so personal to me, as I suspect it is to many of you. I crushed and conquered my way through a career, athletics and academics, only to help me feel less empty. It soon became impossible to fill this empty spaces. Our spirit requires peace, not prizes. 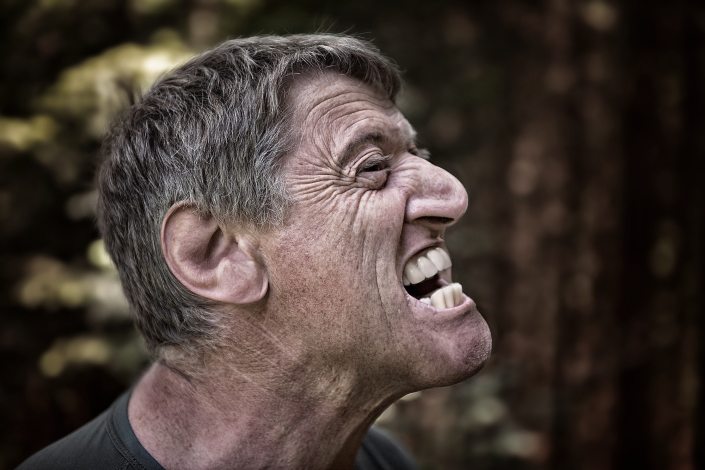 There is a third unhealthy way of dealing with our hurt. Absalom was David’s son and Solomon’s half-brother. His pain, like many with a dominant parent, began at home. Absalom also suffered from intense guilt over doing nothing to defend his sister from a sexual attack by another half-brother.

Meditation stewed in his spirit as hatred intensified. For two years he avoided confronting his feelings and the offender before it erupted, and he killed his brother.

Attacks against others is what defines him. Are you feeling the rage of regret and wrongdoings roil beneath the surface while you look for an outlet to unleash your fury upon?

God placed a message on my heart in the recent past that remains with me today. “Avoiding is not winning.” You can only sweep so much junk under the rug. If it’s confessing a wrong to a friend, spouse, co-worker, or forgiving yourself for messing up once again, time does not heal all wounds. It is a lie, so don’t let stuff fester in your soul.

Which One Are You?

Do you booze it until you lose it, yet it’s worse than it began? Please understand that the substances used to fight addiction are not the problem. The problem is you’re using addictive substances to avoid healing from your pain.

Brothers and sisters; drinking, screwing and fighting will not heal your hurt. Don’t listen to the devil. You are good and you are worthy to be loved. God wants to heal you because He loves you. He’s not waiting to smack you like a carnival game of whack-a-mole. Allow yourself to heal. It’s better than the hurt.

What Do You Think?

What are your thoughts about a #SexStrike?

Do you think government should be in the business of legislating women’s choices?

Do you find it hard to take someone like Brian Sims seriously, or is he doing more harm than good?

What’s the difference between rights and freedoms?

Any other thoughts about this?

Invite them to connect here

Check out life-courses at Five Stones U